The ACC Gazette – Articles by our Members

We have in our club many excellent writers!  The ACC Gazette is the national club periodical, written by members, for members. Click on the below links and have a read! If reading these articles inspires you to write, please don’t hesitate to contact the ACC Gazette editor: gazette@alpineclubofcanada.ca

Newly published (Summer 2020) this article is written by Paul Robitaille, the current ACC Montreal President and Will Hotopf, our current membership coordinateur on series of weekday climbing outings to Val-David, an hour north of Montreal, where we rock climbed from sunset “’til midnight”.

Written by Sébastien Trudel on his climb on Aconcagua mountain, a 6,962 metre mountain in Argentina, and how aiming for this objective helped him recover from injury.

Written by Maryse Morel, her article describes how our club offered her the opportunity to combine adventure and friendship!

A report by our former Montreal club president Martin on his time in the Italian Dolomites, the birthplace of the Via Ferrata.

A history of the 1967 Centennial ACC Expedition in Yukon, the biggest expedition that the club has ever organized!

A report by Gord Currie, the former ACC National president, on the time he came to visit us during our famous annual barbecue at Keene!

Written by Leo Bezman, on his mountaineering expedition in Peru where he climbed Ishinca mountain (5,420 metres).

Report on Susanna Oreskovic’s and Walter Tom’s trip to the mountains of New Zealand!

A love letter to climbing by Maryse Morel.

Report by Daniel Lapointe on his trip to Corsica to do the GR20, one of the most legendary long-distance hikes on the planet! 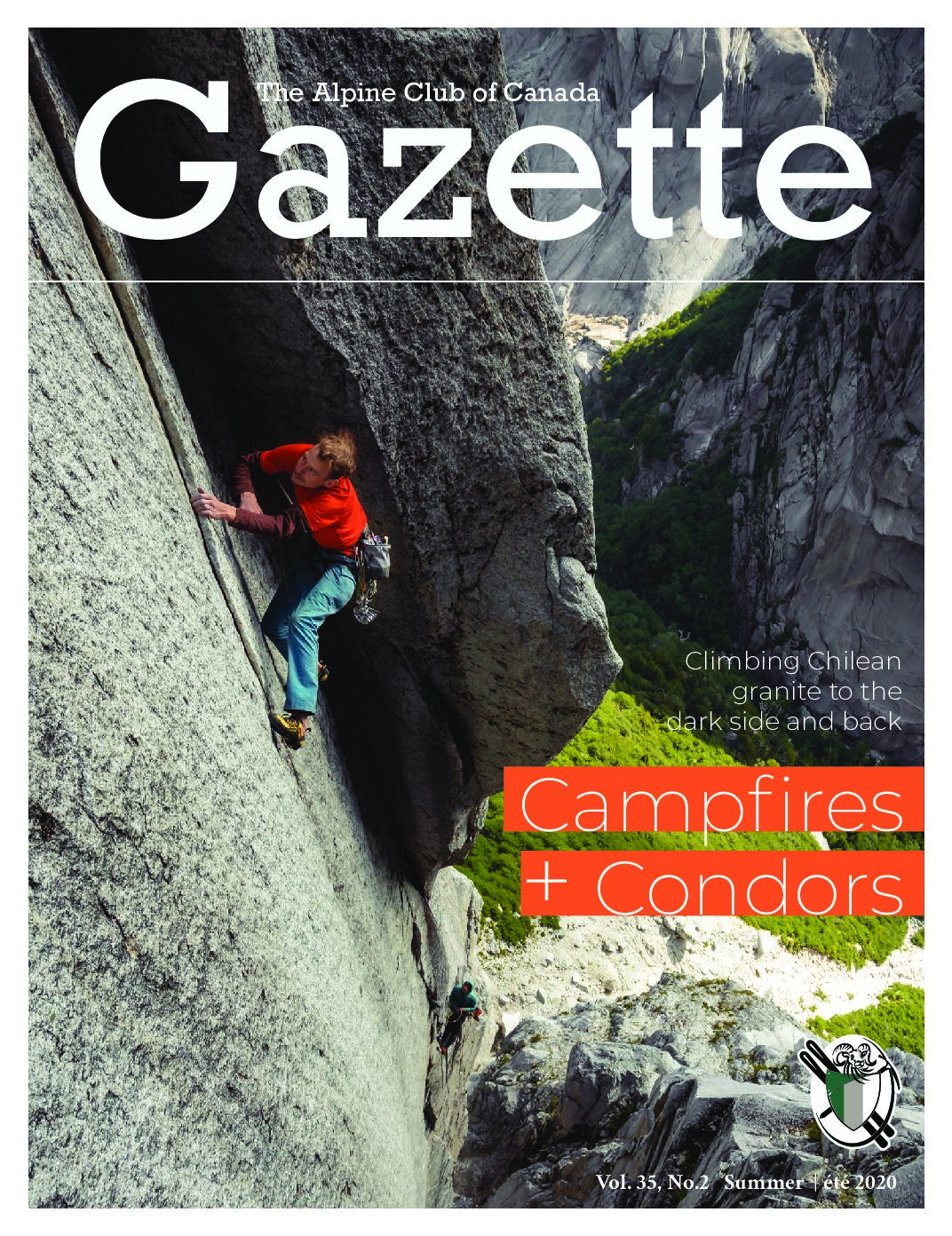