The second 100 days! And some unexpected things happened with ACC Montreal 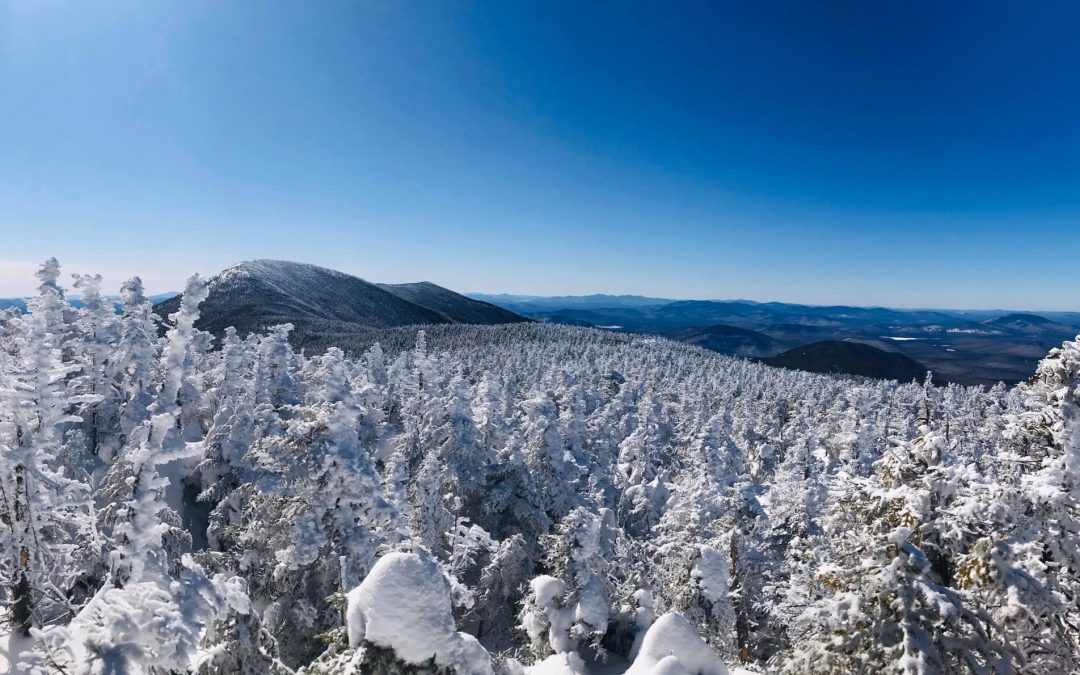 Well it has been another 100 days (approximately) since the last article. Another successful ACC Montreal ice climbing season has finished, and much has changed since then with the pandemic. I wanted to update you, the members of Alpine Club of Canada Montreal Section, on some of the events we have held, some of the events we have had to postpone and to provide you an update on what we have been working on during this difficult time. 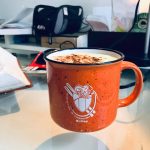 Sit back and enjoy a cup of coffee

Grab a cup of coffee, in your new ACC Montreal mug and read on!

We held, in February, our Annual Winter’fest! For the first time in a number of years, it was winter when we held it. The Friday night was cold…really quite cold with temperatures reaching 25 degrees below 0! Despite the cold temperature, our winter camping event took place and several tents were pitched in the camping area, and all the groups spent the night outside. To reward them for their spirit, they received breakfast from Happy Yak and coffee from Detour coffee, two of our most generous partners. In fact, the same group were down in the camping area on Saturday night, albeit with slightly warmer temperatures. 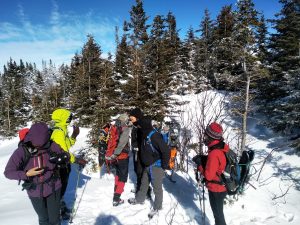 A lovely winter day in the Adirondacks 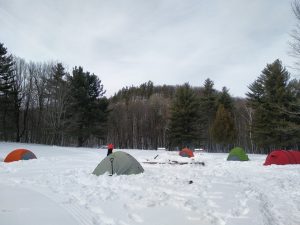 The group executive prepared coffee both Saturday and Sunday morning for the participants as we did at the member’s weekend. Many thanks to Gaby for her patience and dedication to get up, boil the water and prepare the brew to ensure that we had a great cup of coffee to offer to the early risers.

Vincent had organized a series of interesting outings, and there were several groups going out to Alpine climb, back country ski, ice climb and hike. Our leaders did a great job taking care of the participants and bringing them back to Keene Farm safe and sound.

As the sunset, members gathered back at Keene farm, and the social activities started. Guillaume, Edwige, and Madeleine slaved over the stove, heating up the chicken and veggie curry, making the rice and heating up the naan bread with the help of Gaby and David Dannebaum. It was a fantastic group effort to get it all ready, and to serve the 50 participants in a rapid and orderly fashion. They did a great job, and ensured that there were few leftovers.

On behalf of the members, I would like to thank Fred Roger, who is responsible for social events, for another great event and for his delicious veggie Curry and to Edwige for the lovely dessert. 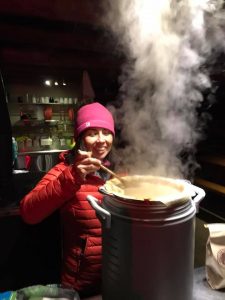 Guillaume organized a great prize give away, which he effected quickly allowing members the time to enjoy their evening. 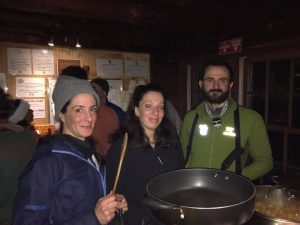 The winter season continued with the ACC Montreal Alpine Program outings to Mt. Washington and more back country skiing outings. Our second weekend of the Alpine Program (the first weekend was held in January) was held for a group of six led by Vincent and myself. We decided on accommodations in the front country, to focus on the technical aspects and not to have people tire themselves carry heavy loads. The first day was spent in Tuckerman ravine, practicing all the fundamental skills for alpinism including self-arrest, working on moving effectively in the Alpine zone and getting comfortable on steep terrain.

For day two, the group ice climbed at Wiley slide, setting up anchors, and spent time doing some more rappelling. We were graced with lovely weather, a fun group dinner and a safe trip home. 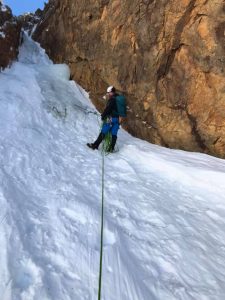 Vincent at a belay on Shoestring gully 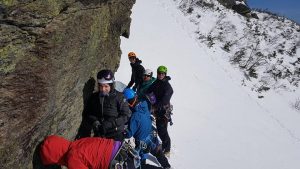 The final weekend was more challenging, as we combined the alpine climbing and ice climbing with winter camping and carry heavy loads. The same group met at Pinkham Notch, and had a pleasant headlamp climb up to the Hermit Lake shelters where we were able to grab a lean too with a front on it, holding in some heat. The participants unpacked and tucked into dinner and then into our bags. It was a cold night, but carrying heavy loads make for a quiet lean-to.

The next day dawned cold and sunny, and the group headed up to Huntington Ravine, where we split into three climbing teams. Maelle, Magali and I climbed O’Dell’s gully (NEI 2-3) as one team along with Caroline leading Pascal. On the other side of Huntington Ravine, Vincent led Thierry and Titouan up Yale Gully (NEI 2-3). The climbing conditions were varied with both snow and ice climbing and the groups topped out into the Alpine garden to some stiff winds, before descending via Escape Hatch to return to the lean-too.

It was a tired group that evening, and lights out by 8PM.

On Sunday, We were graced with the presence of our esteemed leader, The Steve! (Steve Traversari) With forecasts of high winds and some tired legs, we reset the plan to climb in Huntington Ravine, and we descended to the base and headed off to do Hitchcock Gully in Crawford Notch (NEI 3-). The lower mixed pitch was climbed in glorious sunshine, and then the group moved onto the two upper ice climbing pitches which were in great shape. It was crowded at the last belay as there were other groups on the route, but we topped out and summited Mt. Webster before heading back to the cars and home. 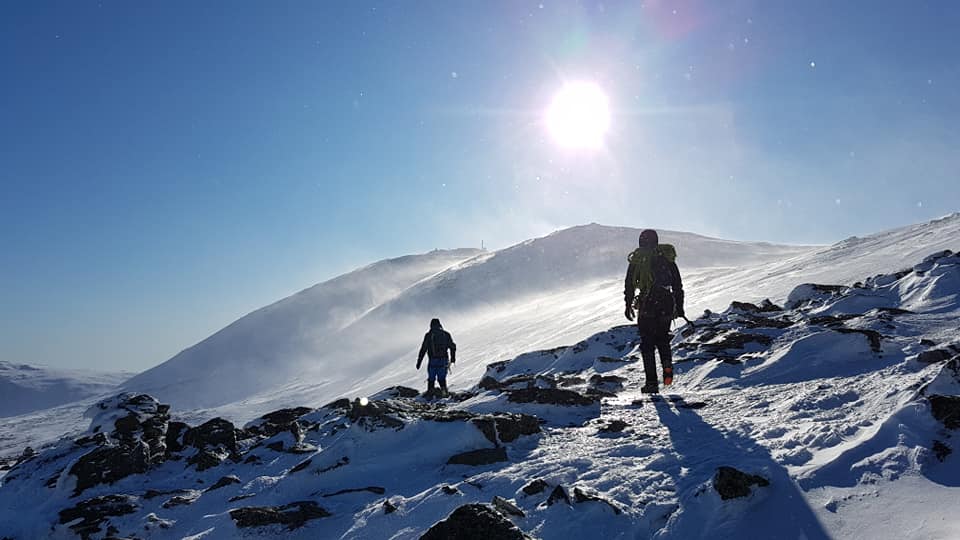 Sunsetting on the alpine garden

This was the third year that the ACC Montreal ran has been run, and we look forward to improving it next year.

The backcountry skiing, hiking, and ice climbing outings continued for a few more week, but then everything came to a screeching halt with the COVID Pandemic.

The ACC Montreal is not a regulatory organization, so we quickly aligned with Alpine Club of Canada and followed the governmental directives requiring us to cancel our outings.  We also closed access to Keene Farm to ensure the safety of our members.

I am sure it has not been easy for active people who crave being outdoors to not go into the back country. I see from posts on Facebook that camping and climbing is still happening, albeit inside of our homes. I, for one, have followed Mr. Patate’s (Mr Potato Head) adventures closely, envious of his obvious skill. (Thank you, Hugues!) 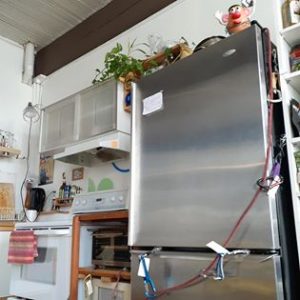 The executive group has continued to meet and continue to work on your behalf. Due to COVID, we were obliged to cancel the spring Corvée, but will do something once the borders have reopened. A potential alternative site for a new members weekend in the Laurentians has been identified, as we recognise the risk that New York state may be slow to re-open. The members BBQ may be held there as well. Within the executive, four members (Paul V, Luc Massicotte, Steve Traversari, and Vincent Bonnet) have been named to identify how and when we will begin to hold outings and to re-open Keene Farm.  They will ensure that it will be done safely and in line with the government and National Club guidelines.

The health and safety of our members will be at the heart of our decisions. Plans are being put place to hold our traditional events on different dates and maybe different places, but are goal is to be together rock climbing, hiking and camping. We remain hopeful!

We hope to have add a new event on the annual calendar, a rock climbing weekend. Guillaume Gontier has been starting some planning on what could be another marquis ACC Montreal event. Keep an eye on our calendar and our Facebook group for more information.

The section wants to thank you as members for remaining engaged.  Please continue to support us, so that we can all return to our passions of exploring the mountains, through rock climbing, hiking, or just being there among the peaks. 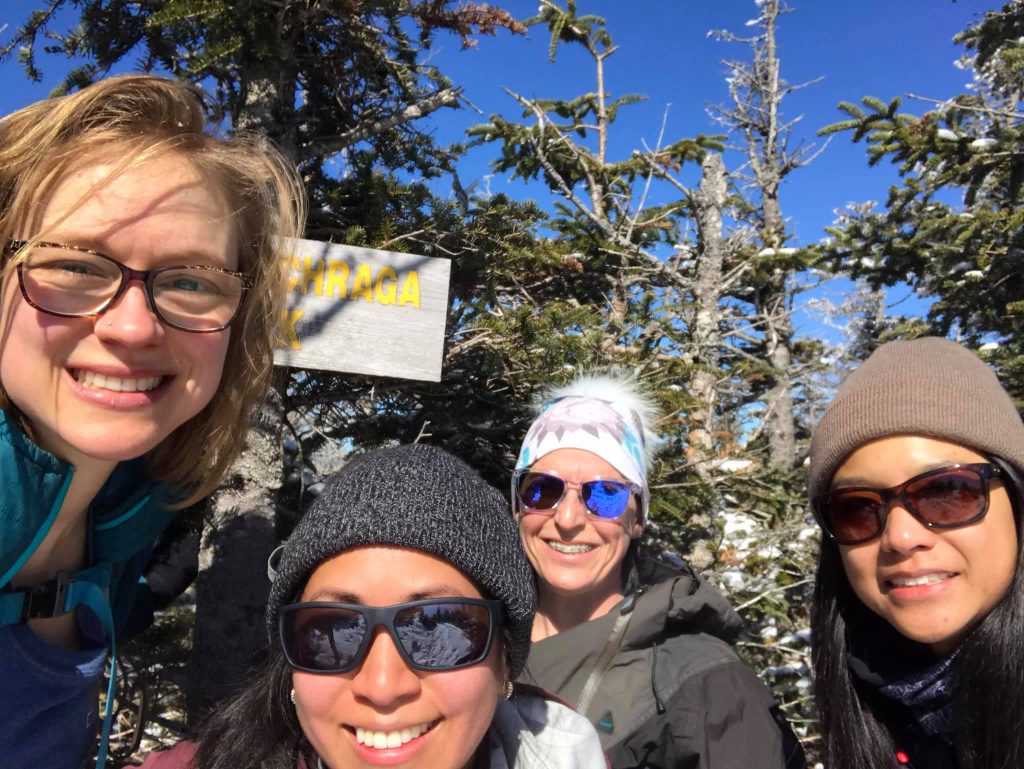 A beautiful day in the Adirondacks

If you have read this and want to become a member of ACC Montreal, click here!